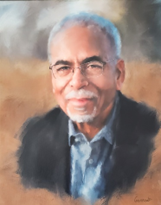 Carl was a commercial real estate developer who found inspiration in neglected and forgotten properties.  Carl devoted his life’s work to the restoration of the 2400 block of North Washington Street in Denver’s historic Five Points community. Over the last the few years, Carl shifted his passion and vision to his childhood home of the former historic Hagerman Estate on the west side of Colorado Springs.

No funeral or memorial service will be held in accordance with Carl’s wishes.