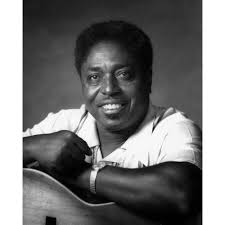 The Stroud Family of Colorado Springs, Colorado is an inspiring American story of tragedy and triumph. Eleven siblings that were the first generation out of slavery, set the pace with pioneering achievements in science, math, academia, the arts, business and public service.

Excerpt from Stroud Family Colorado book, “Let in But Left Out: Leadership, Faith & Knowledge in the Age of AI, Coronavirus and Fake News” (Frank Shines, 2020):

As shown by my 23andMe.com DNA Ancestry Profile, histor-ical archives, Colorado College, the Colorado Springs Pioneers Museum, congressional hearings, the U.S. Census, family heritage websites, books, articles, family publications, letters and stories, I am the descendant of African slaves, British and Irish slave-owners, French Canadians and the Indigenous people of the Creek Nation and the Tawakoni (federally recognized as the Wichita and Affiliated Tribes).

My story is the American story. And America is at an historic inflection point akin to that faced by our founding fathers and my French Canadian, Irish and African ancestors who fought in the Revolutionary War. Our generation has inherited the heavy bur-den of rising wealth and income inequality, growing civil unrest, a global pandemic and re-imagining democracy and free market capitalism — once designed for the physical world only — into a system that serves the digital and physical realities of today. An historical perspective gives us insights on how we might govern ourselves in a manner that protects our nation and its resources, preserves our values and institutions, and encourages upward mobility and the opportunity for more people to attain the American Dream in the age of AI, pandemics and fake news.
Rather than taking this historic journey in the traditional manner, I will do so through the eyes of my ancestors, some of whom were already inhabiting this land, others who arrived willingly to escape the tyranny of British rule and finally another group who did not come of their own free will.

In 1961, my father, Franklin Pierce Shines, Sr., the youngest son of twelve children, married my mother, Vanessa Juanita Stroud, in San Francisco, California. I’m sure part of the romantic attraction stemmed from my parents’ similarly large family sizes and shared family journeys from the South to the West. My father was born in Frogville, Oklahoma. His father, the Rev. Granison Shines, moved his family to Boise, Idaho to escape racism and segregation. Similarly, my mother’s grandfather, the Rev. Kimbal Dolphus Stroud, moved his family from the “Indian Territory” (present day Oklahoma) to Colorado Springs, Colorado.

My great grandfather, the Rev. Kimbal D. Stroud (known as K.D.), was the son of an African slave from Ghana. (Kimbal is our original African family name.) He was born in 1871, less than eight years after Abraham Lincoln issued the Emancipation Proc-lamation in 1863. Two and a-half years later, on June 19, 1865, Texas announced the abolition of slavery, setting the stage for the emancipation of slaves from the former Confederate States.

Four of K.D.’s older siblings, born prior to the emancipation, were slaves. K.D. married Lulu McGee, a member of the Creek Nation. Her family marched the Trail of Tears, in which an estimated 60,000 to 100,000 Native Americans were forcibly evicted from millions of acres of their homeland in Florida, Alabama, Georgia, Tennessee and North Carolina.

As a tribute to Lulu and my grandfather, Tandy, in his book “Dust” my uncle Welvin Stroud told the story of the Trail of Tears through a poem, in “To Tandy’s Children.” Here is an excerpt:

“Move along, get going, you Red Savages!”
The soldiers ordered, as from their horse
backs with long whips they beat the ragged
barefoot Indians from their homeland.
It was the death march,
…
“Get up, get going,” and he popped his whip,
but the young mother with an infant in the
papoose on her back could go no farther.
“Leave her there to rot,” and on they rode.
…
A rider happened by and heard the cries
of the infant in the papoose. He took the infant
from her dead mother’s back and carried that infant
to Alton, Illinois. That Indian infant was your great-
great grandmother.

Kimbal (oldest child and daughter): Kimbal Stroud Goffman was a political activist and writer. Because of her influence as the organizer of black and Hispanic voters into a Democratic Party bloc in Colorado Springs, Colorado Governor Edwin Johnson met with her for political advice and strategy when he ran for Senator. Kimbal was a correspondent for several black newspapers and her article “Black Pride” was published in the Atlantic Monthly magazine in February 1939. Finally, she was commissioned to write a report on the history of blacks in the Western United States but died in 1946 before the piece could be completed.