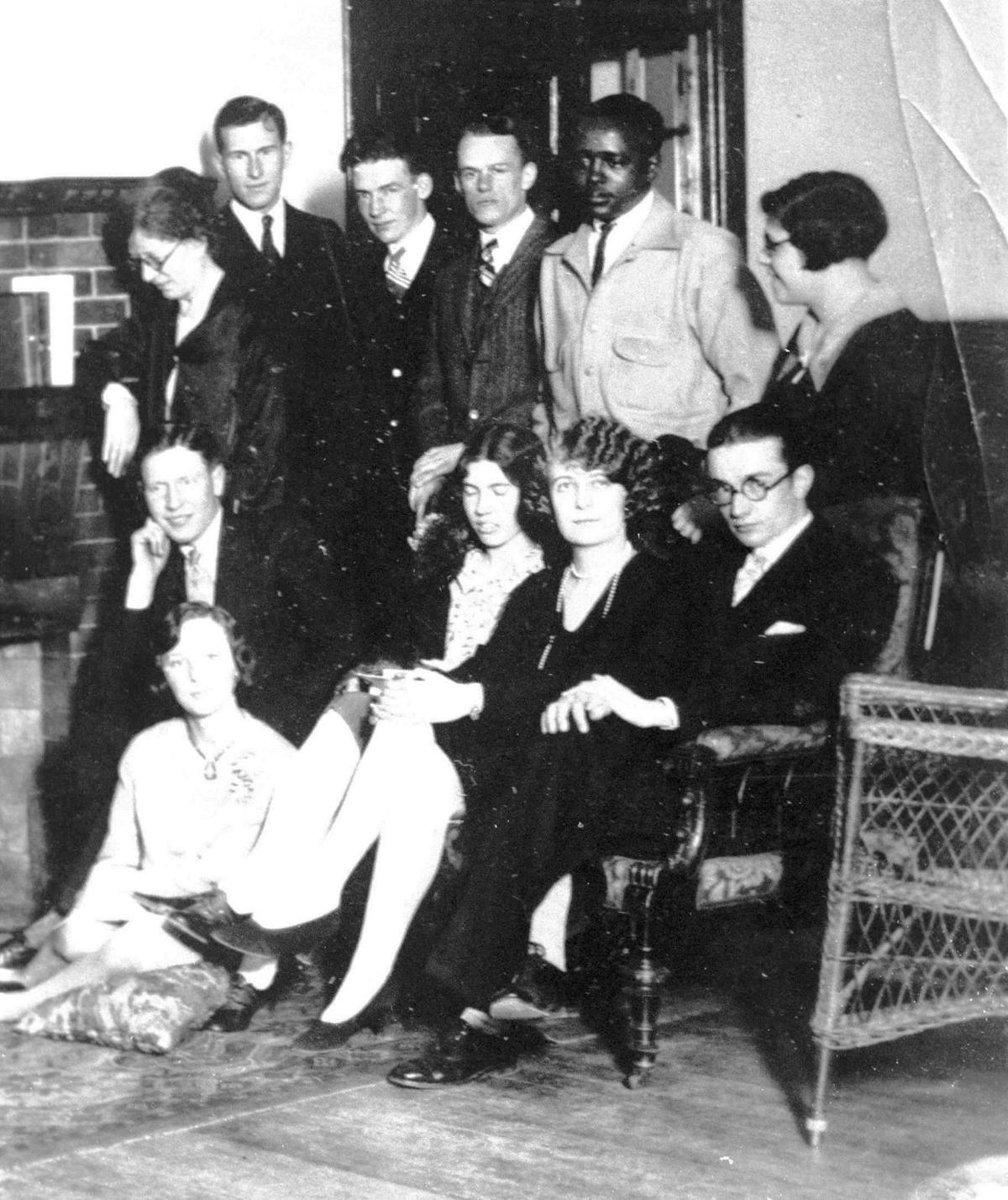 Dolphus’ Olympic story is one of the most inspiring human interest stories in American history. Kelley Dolphus Stroud (1907 – 1975), was the nephew of enslaved Africans who graduated at the top of his class in Colorado Springs (K-12) and from the elite Colorado College.

As a scholar athlete, Dolphus qualified for the 1928 Olympic trials in Boston, Massachusetts. Local newspapers of the time and writers of both the past and present have chronicled his remarkable life story. These writers have included John Holley (author of Invisible People of the Pikes Peak Region and Inez Hunt (author of The Story of Mr. Bristol and the Little Red Brick Schoolhouse). Ms. Hunt also co-authored the biography of Nikola Tesla (Lightning in His Hand: The Life Story of Nikola Tesla).

Inspired by his great uncle Dolphus’ Olympic story, Frank Shines — who trained and competed with Olympic athletes 60 years later at the U.S. Air Force Academy in Colorado Springs — summarizes Dolphus’ achievements in the book, Let In But Left Out.

As depicted in a 1999 U.S. Congressional hearing, the inspiring true-life tale of Dolphus’ Olympic story is the stuff of big dreams and the power of the human spirit. RACE, the Opera is under development to tell Dolphus’ cross-country journey to participate in the 1928 Olympic trials at Harvard Stadium.

Dolphus is the third of eleven children born to Lulu Magee of the Creek Nation and Rev. K.D. Stroud, who was born and raised on a Texas slave plantation. While his older siblings were enslaved, K.D. was born five years after President Abraham Lincoln’s 1865 Emancipation Proclamation. His son, Dolphus, was born in the Indian Territory, present-day Oklahoma, and grew up in Colorado Springs, Colorado.

Below is an excerpt from, the chapter “Trans-Atlantic, Trail of Tears & the Rockies” from of the book, Let in But Left Out. Click here for more information on Let in But Left Out: Leadership, Faith & Knowledge in the Age of AI, Coronavirus & Fake News.

Kelley Dolphus Stroud broke a 25-year record for the descent down Pikes Peak. He took first place in the Denver Marathon to qualify for the 1928 Olympic Trials in Boston. Because of his race, he was not permitted to ride the bus with the other white athletes, so he walked and hitchhiked over 2,000 miles from Colorado to Boston.

He arrived exhausted six hours before the start of the race. Dolphus collapsed during the sixth lap of the 5,000-meter run from malnutrition and exhaustion. Later, he graduated top of his high school class and earned a scholarship to Harvard University but attended Colorado College through a more affordable Sachs Foundation and Perkins Scholarship.

Under a Rosenwald Fellowship he studied at the University of Mexico where he completed his master’s thesis on the history of African Americans (in Spanish). Finally, Kelley started up a moving and storage business in Portland, Oregon which was destroyed during the 1960s Civil Rights riots. I’ve had the distinct honor of playing golf with Kelley’s daughter, Connie (Stroud) Loury, the oldest remaining Stroud, 86 years young. She is an amazing golfer and quick wit!

K.D. Stroud’s ancestors included enslaved Africans and French Canadians who fought in the Revolutionary War against the British, First Nation Native Americans who survived the Trail of Tears, and British-Irish slave owners.  According to U.S. census records, his great grandfather, Mandrith Stroud, owned 10,000 acres and 500 slaves near the Brazos River in Texas.