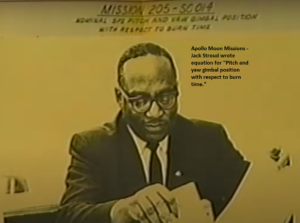 Jack Stroud (1913 – 1984) is most well known in the Stroud family for having written the Apollo moon missions re-entry equation for returning astronauts such as Alan Shepard and John Glenn safely back to earth.

Jack attended Bristol Elementary School, North Junior and Colorado Springs High School (now Palmer High School). He was a member of the National Honor Society and received a scholarship to Colorado College (CC). He completed two years at CC but because of his father’s loss of eyesight he left college and returned home to help his parents and younger siblings. He worked several menial jobs then took a job in Chicago working in the postal service.

Following WWII, Jack returned to Colorado Springs. At the urging of his mother, he re-entered college and completed his degree in mathematics when his mother died. Upon graduation from college, he accepted a position with the National Bureau of Standards where he remained for more than seven years. He then took an engineering position with North American Rockwell in the space program.

As Lucy Bell writes in her 2019 article published by Unrepresented entitled, “Making a Way When There Is No Way: Three Generations of the Stroud Family in Colorado Springs,”  “Fourth son and mathematician Jack, was part of the Apollo I team that put the first man on the moon.”

Nina recalls how her brother Jack Stroud and the other boys in the Stroud family would steal away to the upstairs attic and create electric gadgets. On such gadget was the crystal radio — similar to the image shown below. Rather than using a razor blade, Jack would use a crystal rock. The needle would scratch against the crystal rock creating sound, and a small set of earphones connected to the circuit would amplify the sound. In this way the family would listen to the old Afro-American radio shows like Amos ‘n’ Andy. 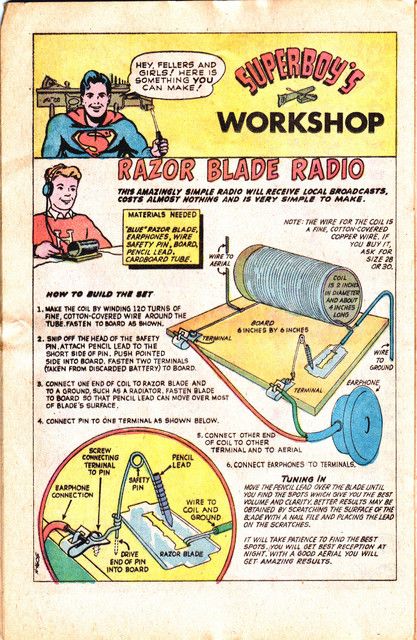 Years later, Jack would develop the mathematical equation to propagate radio signals beyond the earth’s horizon in May 1959. By transmitting radio waves at an angle into the sky it was possible to reflect the signal back and transmit beyond the horizon. This became known as beyond-the-horizon radio transmission. Jack’s technical paper can be found at the US Government Printing Office (GPO) or on Google Books here: An Analysis of Propagation Measurements Made at 418 Mc Well Beyond the Radio Horizon. 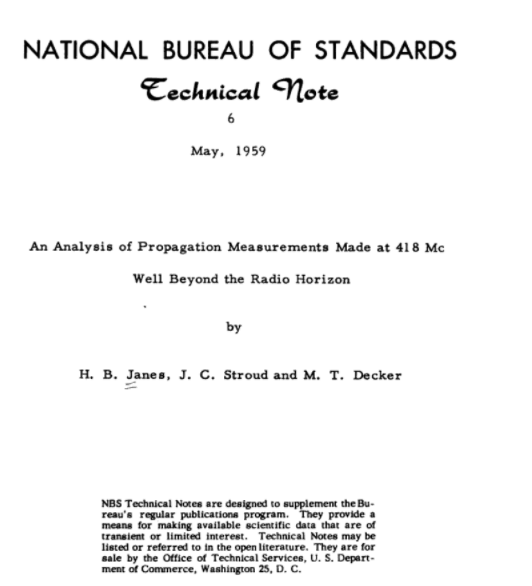 Jack Stroud was the sixth child of the Rev K.D. and Lulu (Magee) Stroud. Details regarding Jack’s own children and family are under research.