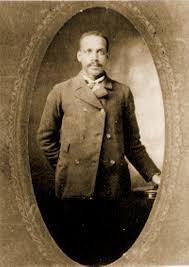 K.D. Stroud (1871-1938), the son of an enslaved African mother and British-Tawakoni father, was an American minister, teacher and entrepreneur. More than half of his eleven children went on to earn undergraduate and graduate degrees from some of America’s top colleges and universities, removing historical barriers for African- and Native- Americans in science, academia, math, the arts, government and business. K.D. Stroud was named Kimbal after his mother, Kymbal, whose name likely represented the name of a family from a tribe in Ghana, Africa.

Although K.D.’s mother and older siblings were born into slavery, by luck of birth year he was born (a freedman) just a few years after President Abraham Lincoln’s Emancipation Proclamation which freed most American slaves. Despite such humble beginnings, many of his children graduated from college and one of his grandsons became a millionaire and a friend of U.S. presidents, supporting President Bill Clinton’s election campaign and his presidential library in Little Rock, Arkansas.

K.D. Stroud was born five years after President Abraham Lincoln’s Emancipation Proclamation. Therefore, he was designated by the U.S law as a freedman but his older siblings were born into slavery, despite their mixed race of African, British and Native American.

K.D. was a graduate of Langston University. In 1904 K.D. married Lulu Magee of the Creek Nation in the Indian Territory (present-day state of Oklahoma). Lulu’s family were French Canadian (the Boulducs), Irish (the Magees) and Creek (name unknown).To escape the racism and segregation of the South, K.D. and Lulu moved to Colorado Springs, Colorado to raise their eleven (11) children. Their children went on to spearhead minority achievements in academia, business, science, government and the arts.

K.D. Stroud was mixed race. K.D’s father, Lewis, was the son of a British slave owner, named Sampson Mandred Stroud. According to U.S. census records, Mandred owned 10,000 acres and 500 slaves near the Brazos River in Texas.

One of these slaves was K.D.’s mother, Kymbal, an African slave from Ghana. Mandred’s son, Lewis, fell in love with Kymbal and the two were married. K.D. was born a freedman to Lewis and Kymbal in current day Hood County Texas near Strouds Creek.

In 1891, realizing his son and Negro grandchildren would be forever subjected to discrimination and abuse, Mandred decided to move them “out of the U.S.” – to Indian Territory in an area now known as Chandler / Langston regions of Oklahoma. K.D. was 19 years old when the family arrived in Indian Territory.

K.D. later married Lulu Magee of the Creek Nation. When the Indian Territory became the state of Oklahoma and erected racist Jim Crow laws, the couple moved their family from Oklahoma to Colorado Springs, Colorado. They raised eleven children in Colorado, most earned college degrees and became leaders in their chosen professions. 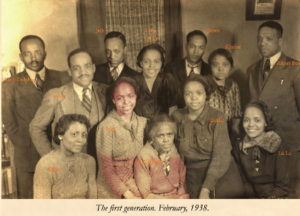 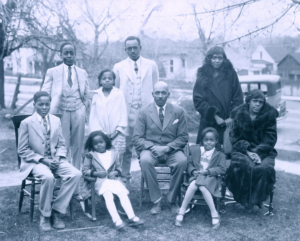 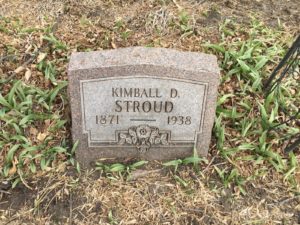